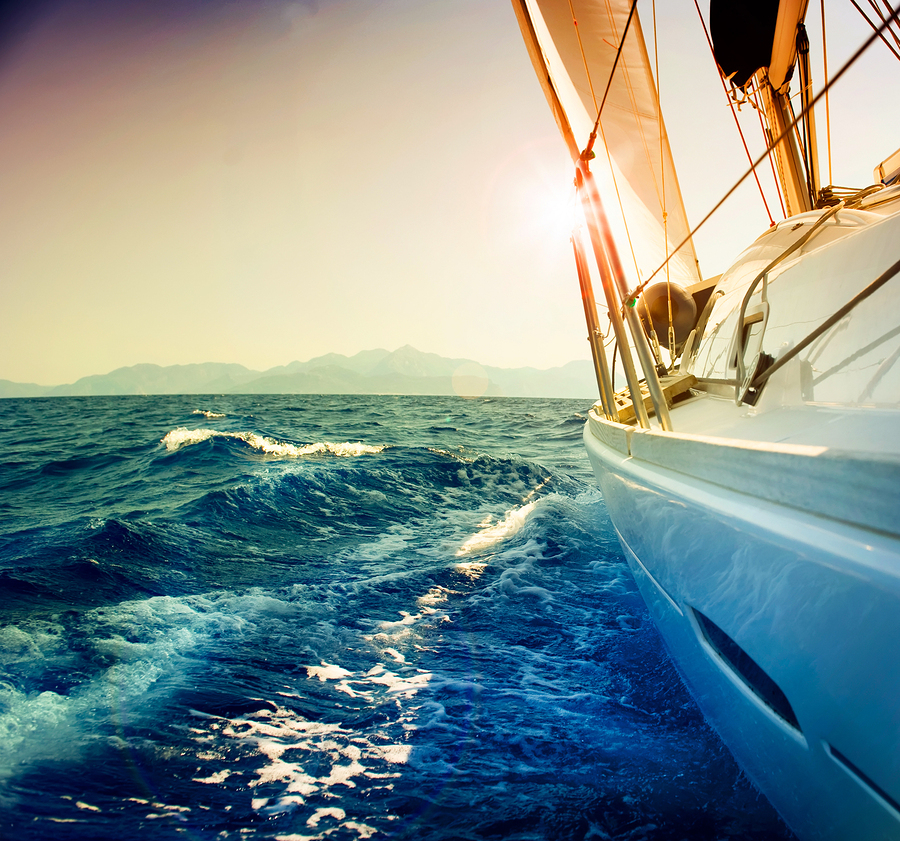 Loved ones – For the first time in 2 days the sun has just come out!  Board shorts and hot showers are underway.  The shower’s are a little tricky at 45 degrees and 8 ft seas, but much better than the alternative!!  My turn just came up.  It’s reported that the ass prints on the bulkhead of the shower tell it all!!  Thank god for our water maker!!  We’re just coming up on our first 48 hours and expect to put 350 nautical miles under our keel.  Making great time considering that the first half is “generally” expected to be the slower half of the race.  A little sea sickness, a shiner from a salon cart wheel and a blown main sheet traveler are our only casualties to-date.  What happens on Exit Strategy stays on Exit Strategy!!  All of the wind/sail optimization computer models that we are running on ES suggest that we run on a line that will put us 240 miles above (North) of the actual Rhumb Line another 1,000 miles down course.  That’s why you’ve probably noticed that it appears we are running a little north of course.  We’ve decided to basically split the difference in the hope that the wind will still be strong further south as we approach paradise.  To Deb and all the ladies – we are eating like kings!!  Thanks so much for all the terrific grinds! 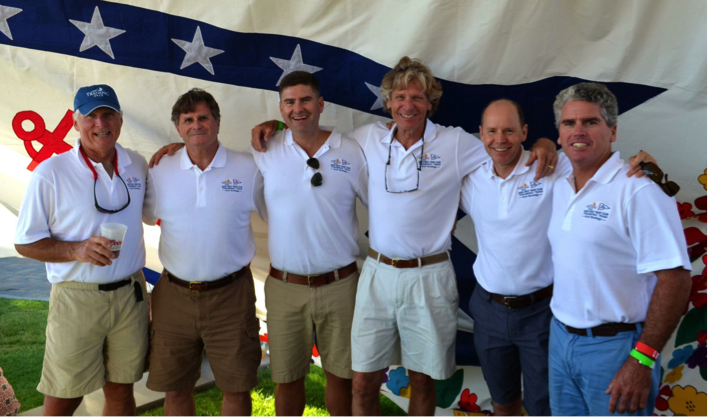 It’s Wed night and we finally have some smoother seas and still good wind – 14=17kts.  So we are moving along.  Today’s race position report has us in 7th place overall today.  2 boats dropped out yesterday – one was losing its keel!  The first 2 days were winds of 18=25kts and 10 to 12′ seas so it was pretty miserable especially for the 2 guys that were seasick. I’m still in my foul weather gear, but soon we will be done with it.  It’s been tough to eat but we did get some hot food today instead of snack bars and pretzels, etc.  Anyway, all is well and today was a great sail.  I am known now as Dr. Speed, having consistently clocked the highest speeds when driving at the helm.  Say hi to all.  Hopefully, we’ll settle into more of a routine once we reach the trade winds in another day or two. 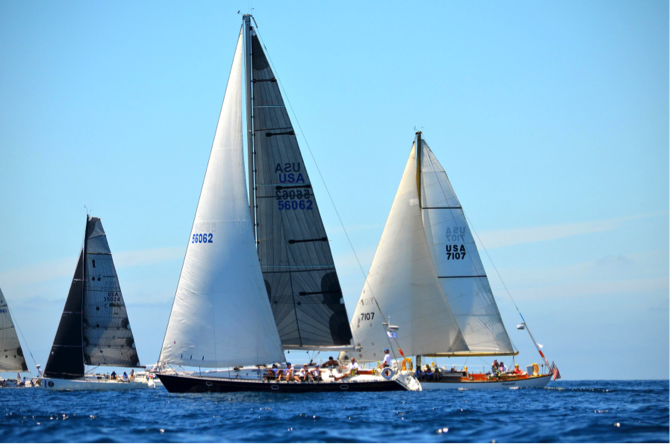 After 75 hours into the race we’ve sailed 570 miles!  That’s an average speed of 7.6 knots.  At this pace we’ll be off Diamond Head at 4pm on 7/25.  However, lots of “ifs”.  The good news is that in another day or two we should begin to enter the trades and be able to put the big sails up.  We’re all a little tired of sailing at an uncomfortable angle, being strapped into our bunks and beating into 15 to 25 knot winds 24/7.  Strategy wise, we decided to go well north of any other boat that we care about in the race.  Why? Because the wind reports tell us to stay north, but its added miles.  We’re currently 70 miles north of the rhumb line and most of the other boats.  The field is spread out by over 100 hundred miles already. So we’ve accomplish our strategy play.  No more drifting north; now it’s a straight shot in.  That will still keep us north of the other boats in hopefully more wind.  Wish us luck!  I almost forgot, the off watch is currently watching the Inglorious Bastards on our flight screen.  Deb, no popcorn was a mistake!  Competitive world class sailing is a bitch!! 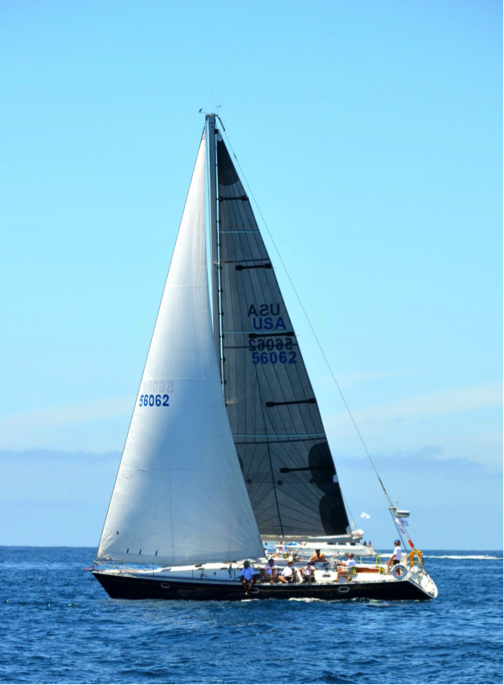 So, after a night of surfing across the face 10 foot rolling waves under a blanket of dazzling stars, this morning broke drenched in sunlight, 10 to 15 knot northern winds 130 degrees off our starboard quarter and the waves to match.  That spells 2A kite time!! Translation: asymmetrical spinnaker.  It’s a huge battle sail with a vertical hoist of 55 feet and body as wide as it is tall.  A thing of absolute beauty I tell ya until it wrapped as tight as a game winning tether ball strike while we were practicing a warm up gibe.  It took us 2 exhausting hours to figure out a way to unwrap it with 4 of our crew members being lifted off the deck time and time again by the force of the wind ripping through what was still attempting to be wrapped by the relentless wind!  This while continuing the race by adding another 10 miles under our keel.  No choice in the matter, the wind and seas don’t stop for such trivial matters.  Every man was tethered to ES for obvious safety reasons!  The ordeal ended with Kevin being hoisted to the top of the mast 65 feet off the water to untie the last remaining wrap and to safety check the rigging to insure against other unwanted adventures.  Imagine this act with the boat surfing down waves and swaying port to starboard by no less the 30 degrees each way.  An amazing feat of skill and strength!  Once safely back down the mast, the crew asked for a 10 minute break and then unanimously proclaimed we didn’t come all the way to be quitters!!!  I’ve never been more proud.  After relaunching the 2A, tears of pride streamed down my face as we then tamed the beast and performed 6 flawless practice gibes while continuing to be hurled toward paradise.  Tonight exhausted yet proud, we feasted on Billy Stewuy’s port tender loin.  Absolutlely delicious!!  Thank you Billy!!

Tomorrow evening at 7pm we expect to hit the half way point of our odyssey…no place farther from land on the face of the earth!!  That’s a fact!! Thanks to Deb she has supplied me with the ingredients for a very fun surprise “half way” party for our crew.  I love you babe!

We reached over 1000 miles and will hit the “point of no return” tomorrow afternoon.  This is the halfway point and the farthest spot in the ocean anywhere from land.  Today was very nice, finally reaching some near tropical weather after a dreary, cold, wet night sail.  Hopefully, tonight will be on the dry side so we can put the foul weather gear away.

We moved up one place in the standings today, and put up the spinnaker today to do some practice driving and jibing with it when we reach the last stages of wind from behind to Honolulu.

However, tonight we have very little wind and may slow down a bit.  Three boats from our division have already turned around and headed back due to boat problems.

I just had my second shower after a hot day hauling sails up and down.  Feels good!

We’ve been watching movies on the flat screen on board every night — something that I’m sure the other boats are not doing!

Take care of yourself and say hi to everyone.

This site uses Akismet to reduce spam. Learn how your comment data is processed.

Copyright All Rights Reserved Adventures of Dick Pace © 2018
Contact Us

Thank you for stopping by. I'm not around right now. But you can send us an email I will get back to you, asap. Kind Regards, Dick